Thank you to all attendees, speakers, volunteers, and sponsors for a wonderful three days of inspiring and educational talks, informative workshops and fun activities.

We will be posting videos and photos of the event very soon. Until then, you can check out our latest blog post here.

By design, NSNorth is more than a tech-talk focussed event. It is designed to inspire you to learn something new amongst an encouraging and aspiration-driven group of friends.

Before the main event began on Thursday evening, we had two new exciting pre-conference events for Thursday during the day.

Held during the day on Thursday, April 28th, the Community Kickoff was a special day of talks and networking to help you meet others from the various tech communities, both in and outside of Toronto.

Check out our Kickoff page for all of the details.

Also held during the day on Thursday, April 28th, we had many participate in a fast-paced workshop with our experienced instructor, Daniel Steinberg.

Attendees of this workshop solidified their understanding of Apple's new programming language, Swift. Topics ranged from intermediate to advanced.

Check out our Program page for all of the details.

Held during the day on Saturday, April 30th, the Children's Program consisted of two fun and educational game development workshops for youth and their parents.

If you have any photos taken during your time in Toronto we would love to see them. You are welcome to add them to our Flickr group, or you can email them to us.

Stay updated by joining our newsletter.

13 speakers to inspire, educate, and entertain you. 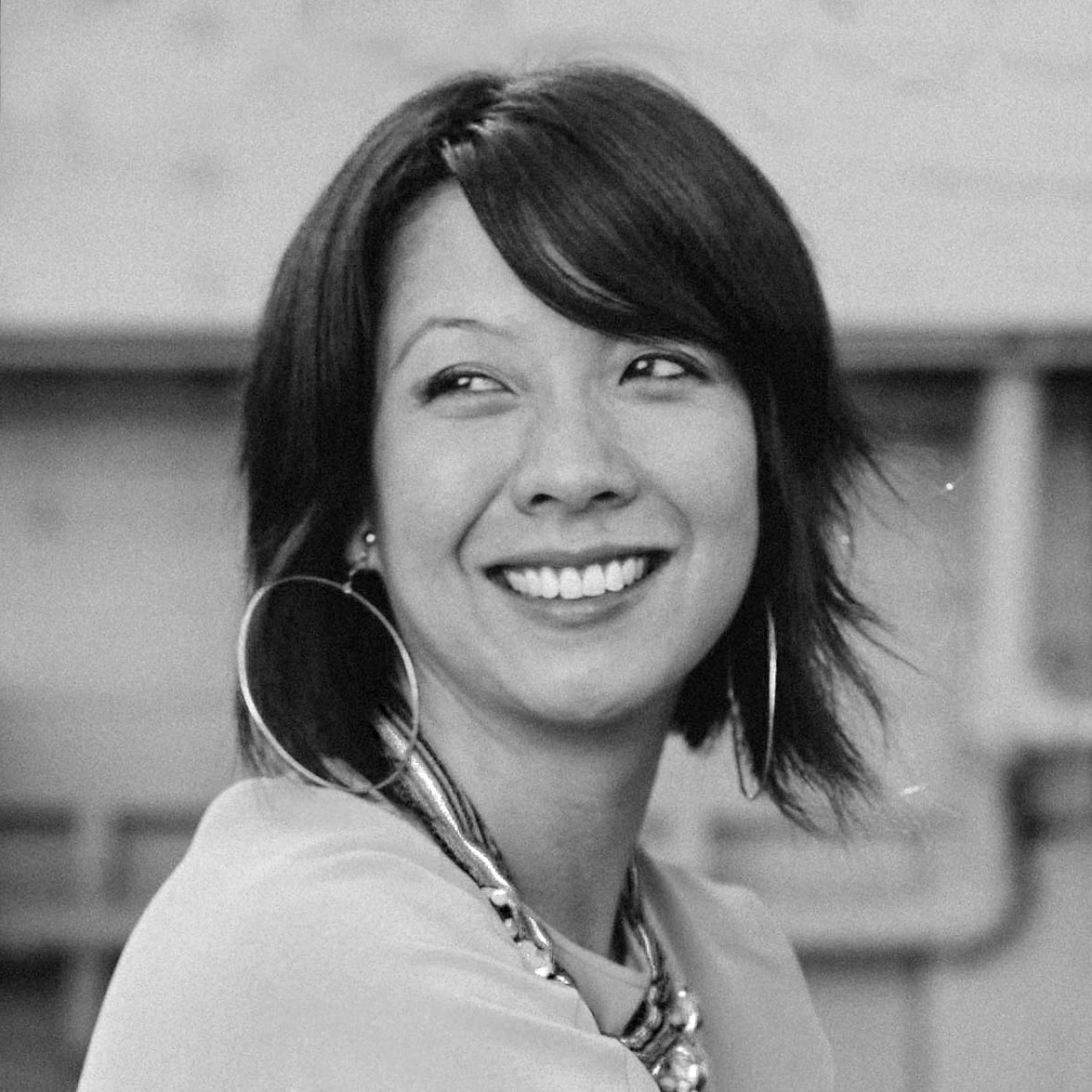 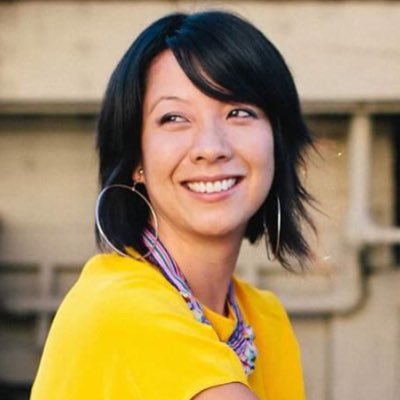 May-Li invents new ways for humans to interact with computers. She joined Khan Academy in late 2014 to explore how to empower learners through curiosity, creativity, and play, and now directs design and research there. Previously, at Apple, she designed and prototyped UI concepts that pushed hardware innovations such as Force Touch, the Taptic Engine, face tracking, multi-touch, location tracking and more. May-Li is a founding DJ of La Pelanga DJ coalition, and loves dancing, dancing while DJing, blurring the lines between art and code, and daydreaming about joyful ways to subvert the status quo. 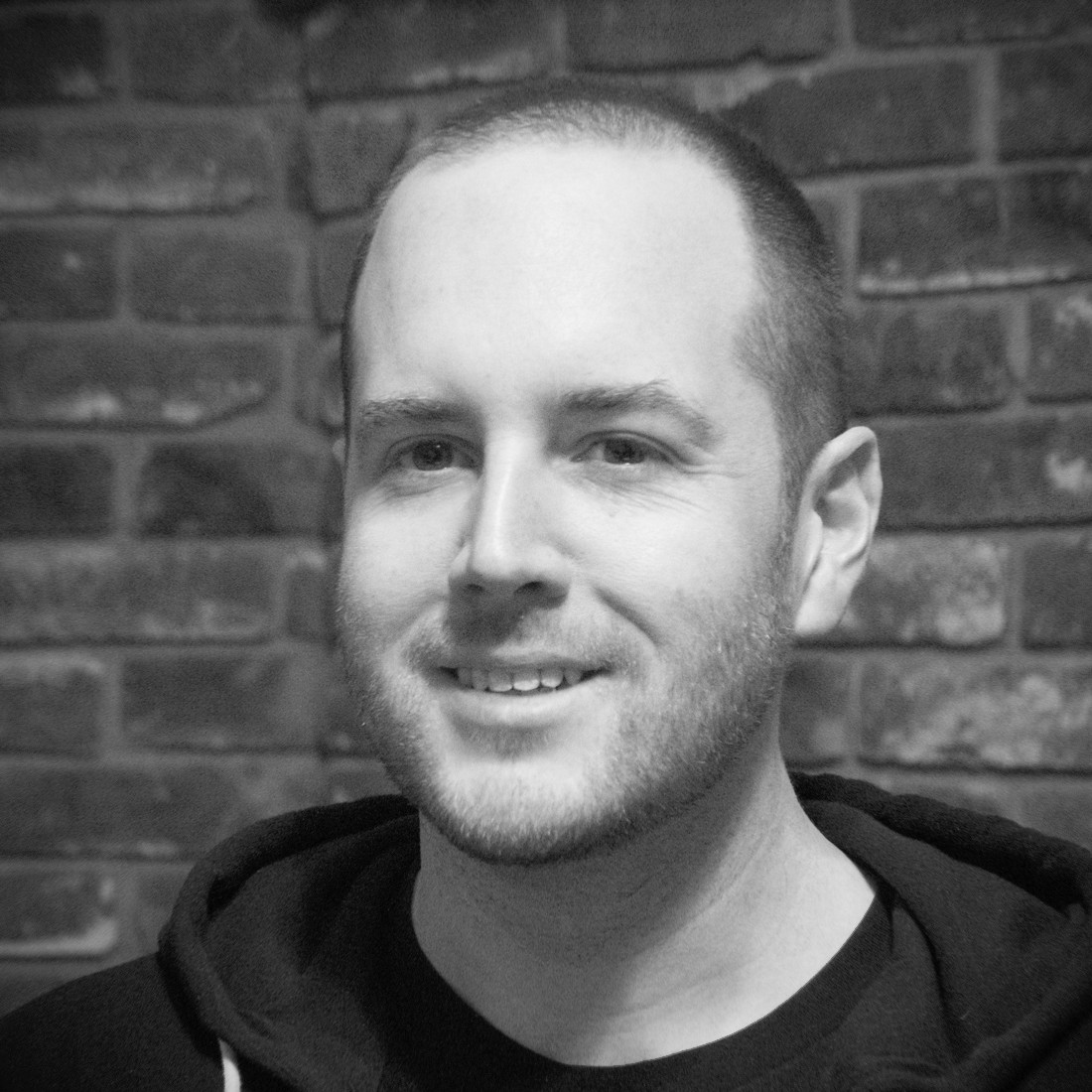 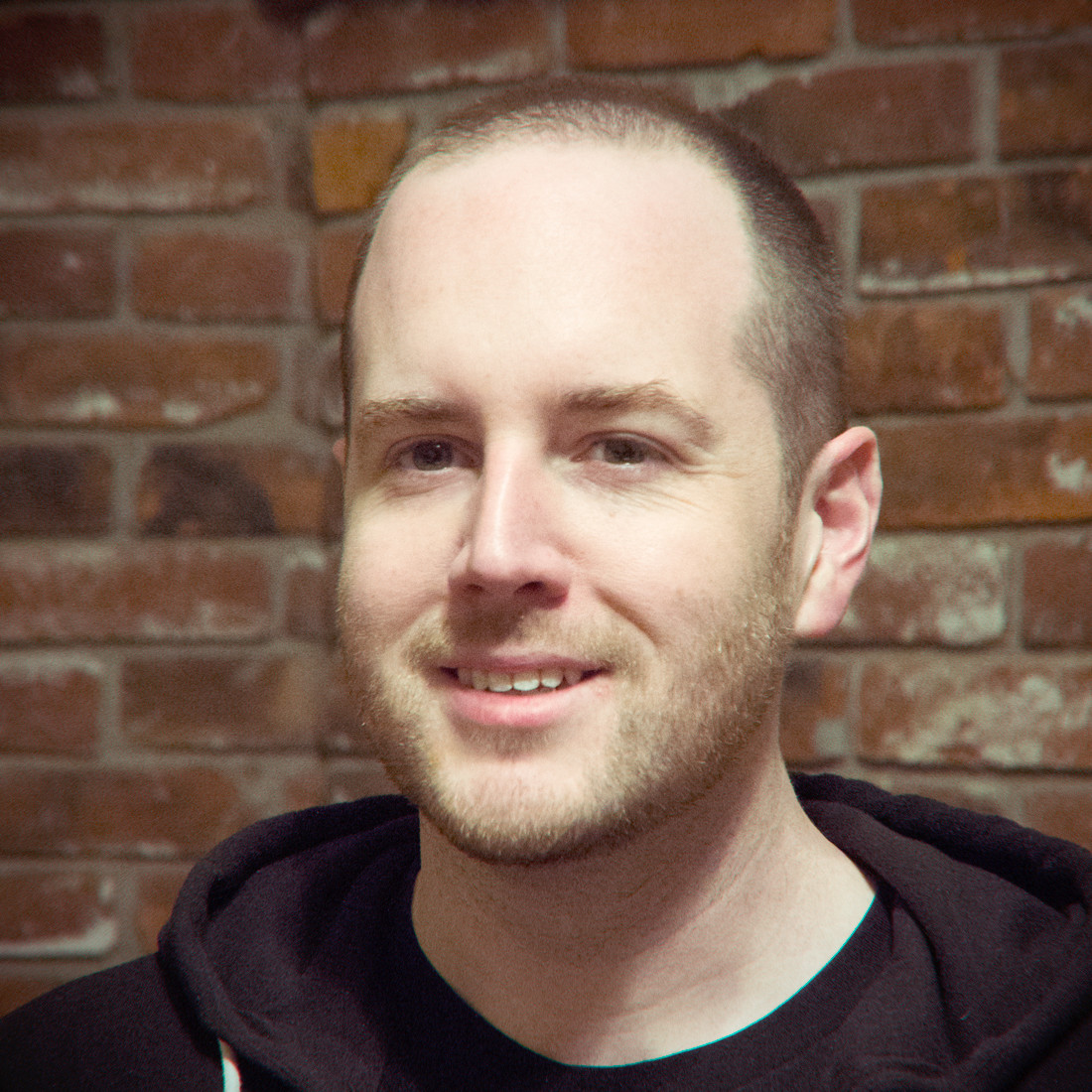 Tom is a designer who's worked with both local startups and international enterprises to help create thoughtful, useful experiences for clients and customers. He's into working with small, passionate teams to build world-class products, obsesses about good typography and is an inveterate foodie. 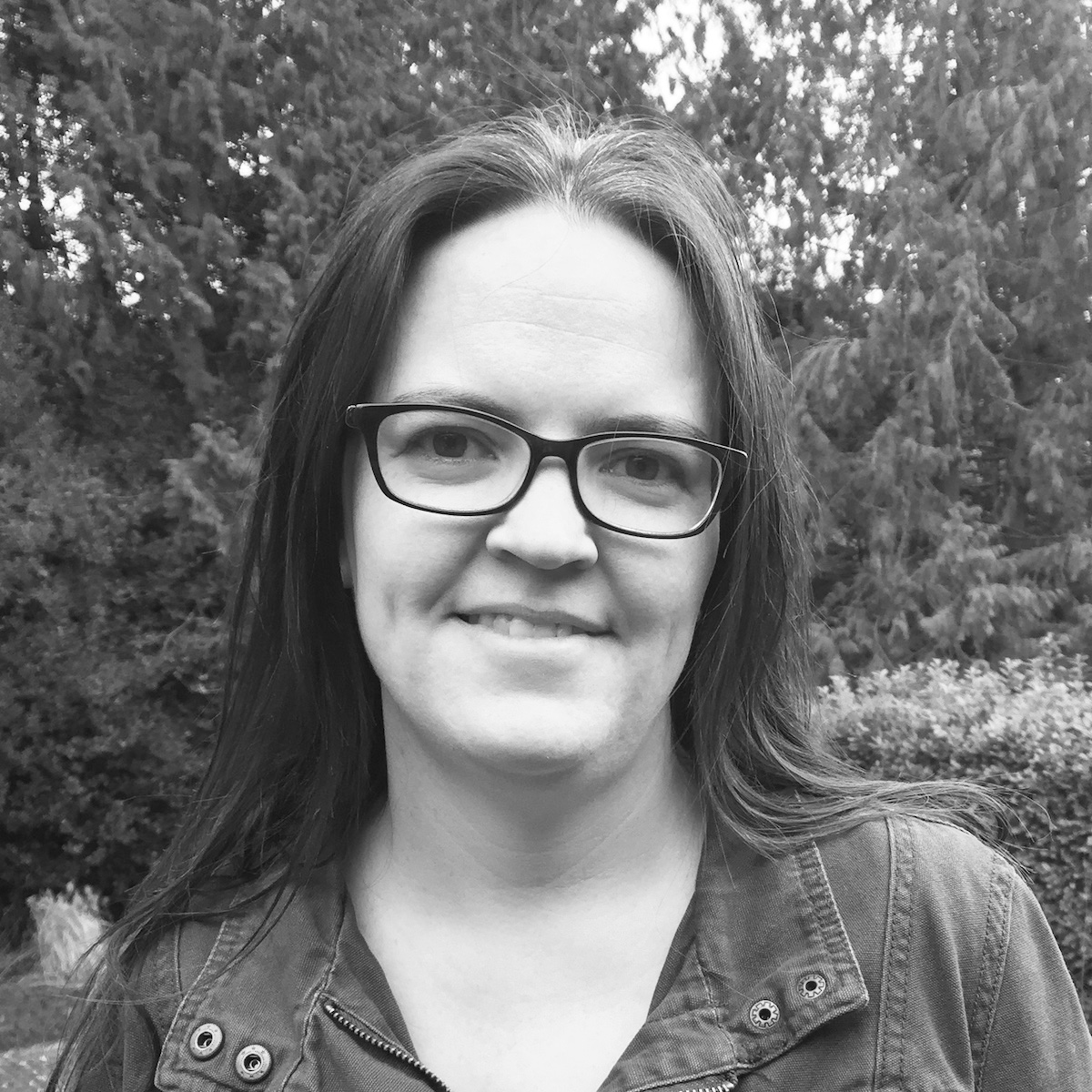 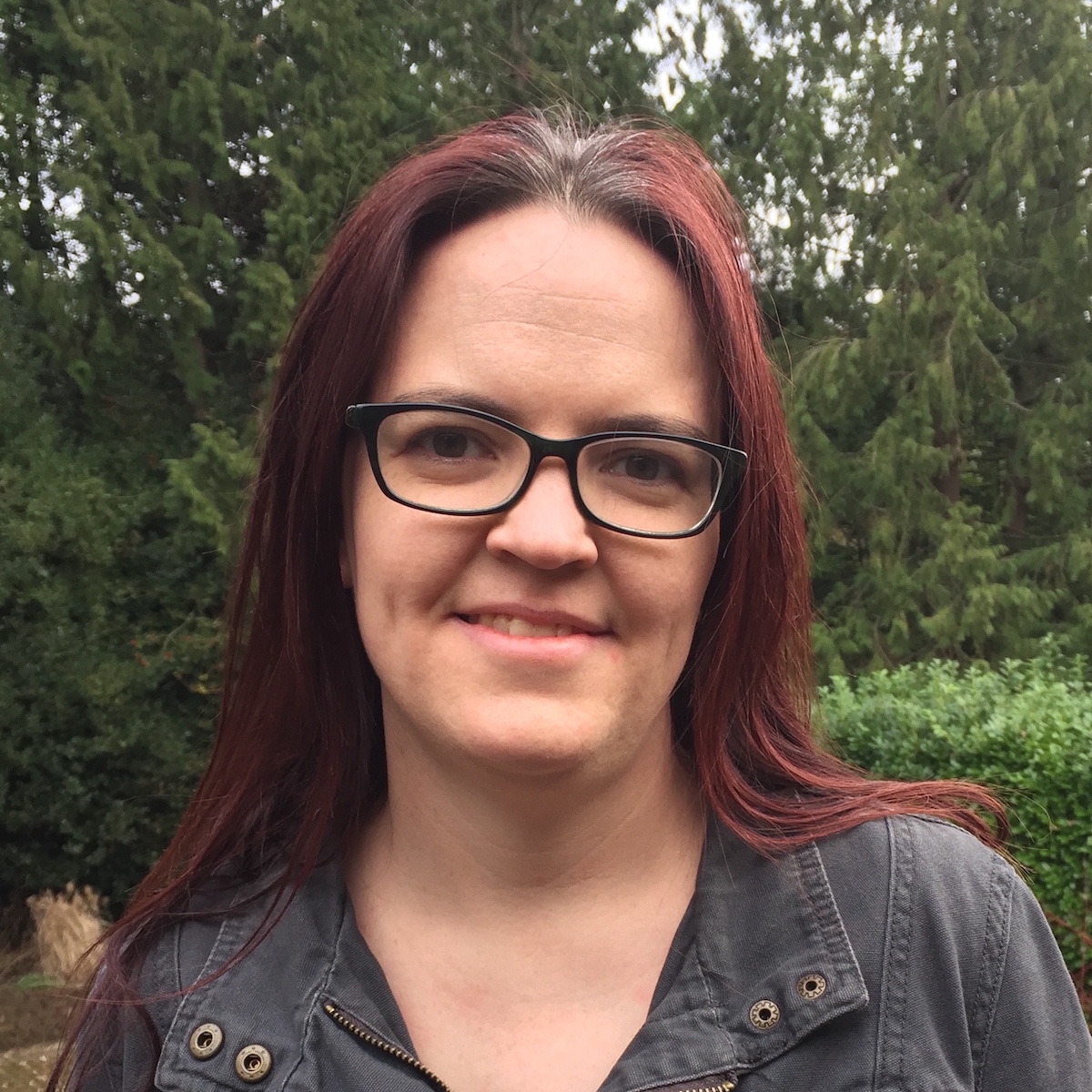 Liz finds and fixes bugs in Mac and iOS productivity apps at The Omni Group. She spends summer vacation with App Camp For Girls, helping middle schoolers create their own apps. If she's not at the keyboard, she's probably knitting. 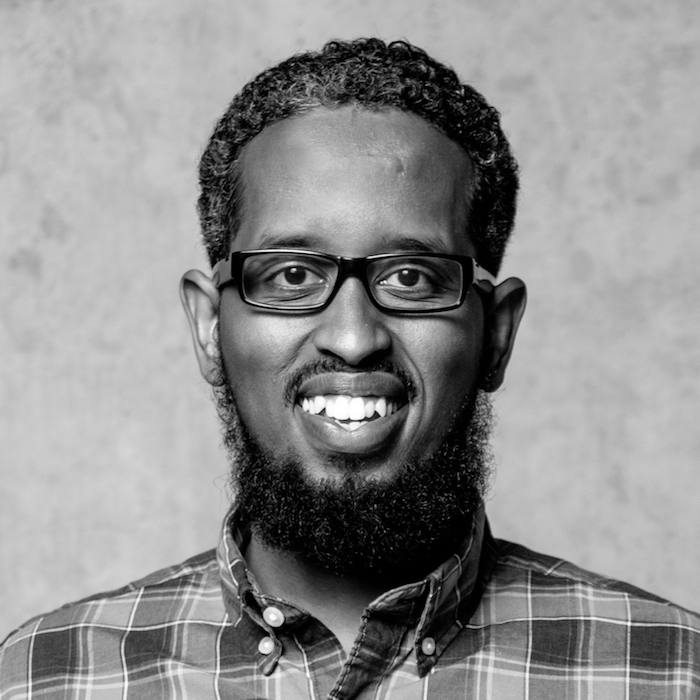 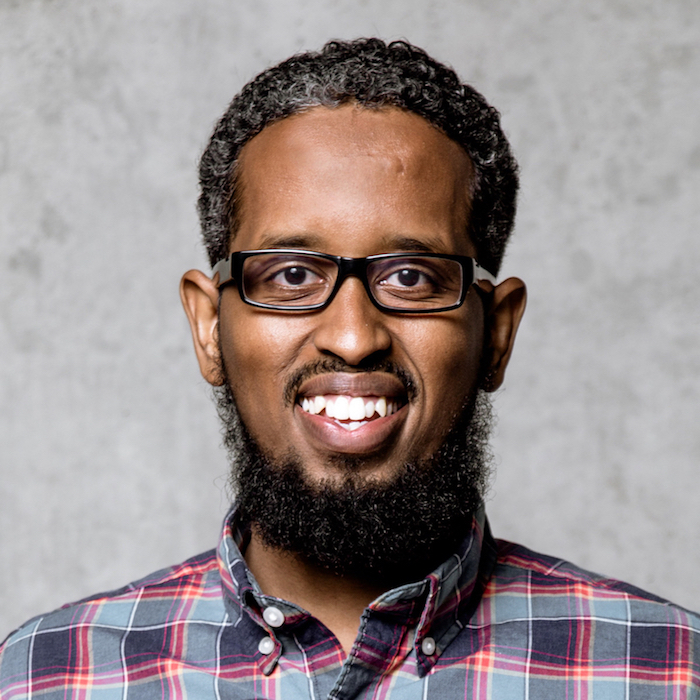 Robleh is the founder of Tiny Hearts, an award winning product studio based in Toronto. Since 2009, Tiny Hearts has successfully launched several highly regarded apps including Next Keyboard (#2 overall), Quick Fit (featured in an Apple commercial), Wake Alarm (#1 Utilities) and Pocket Zoo (#1 Education). Their apps have been downloaded over 6 million times and have appeared in the New York Times and Wired Magazine. Along with creating their own apps, Tiny Hearts works with select clients to help them build world-class products. 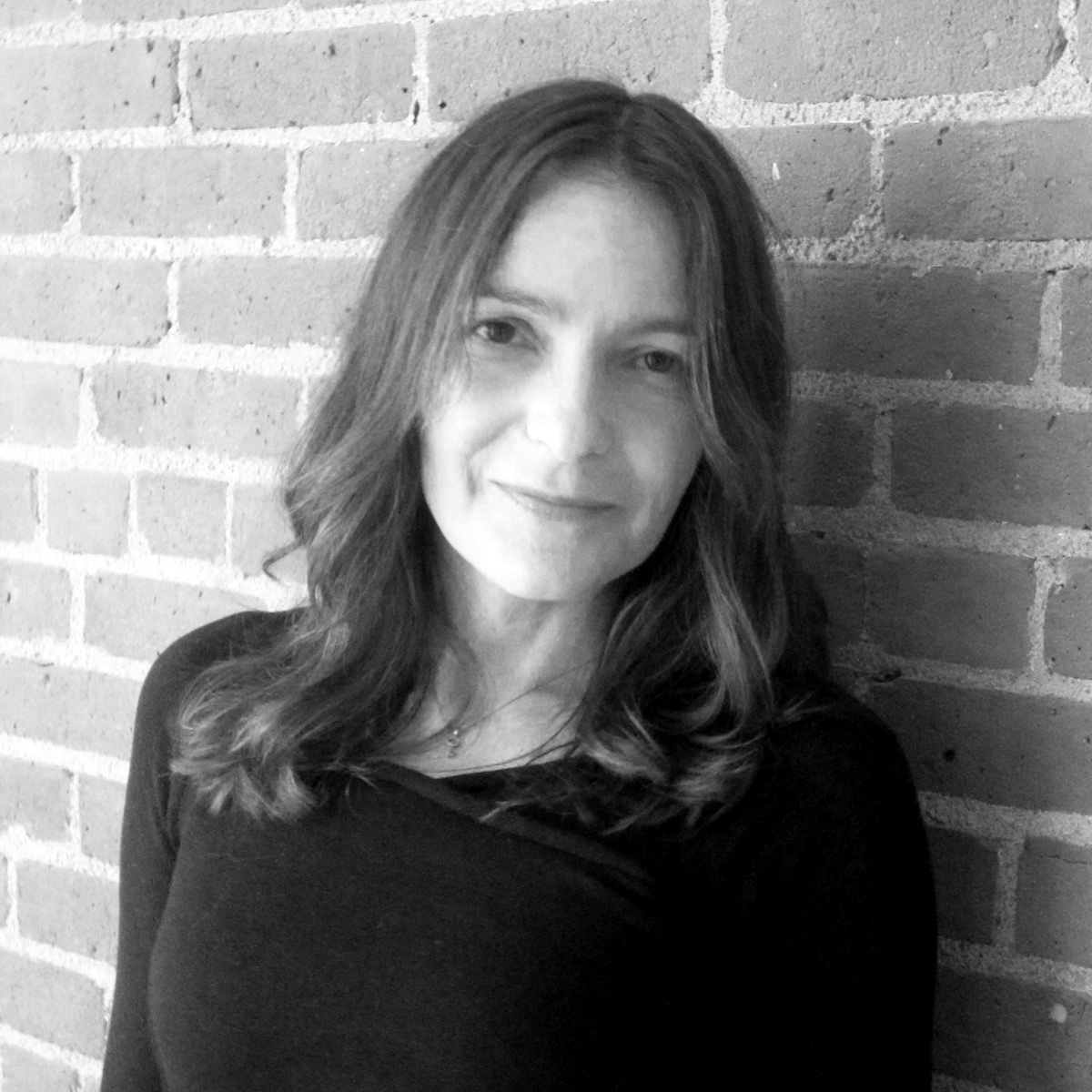 "Designing Like a Human in the Age of Algorithms" 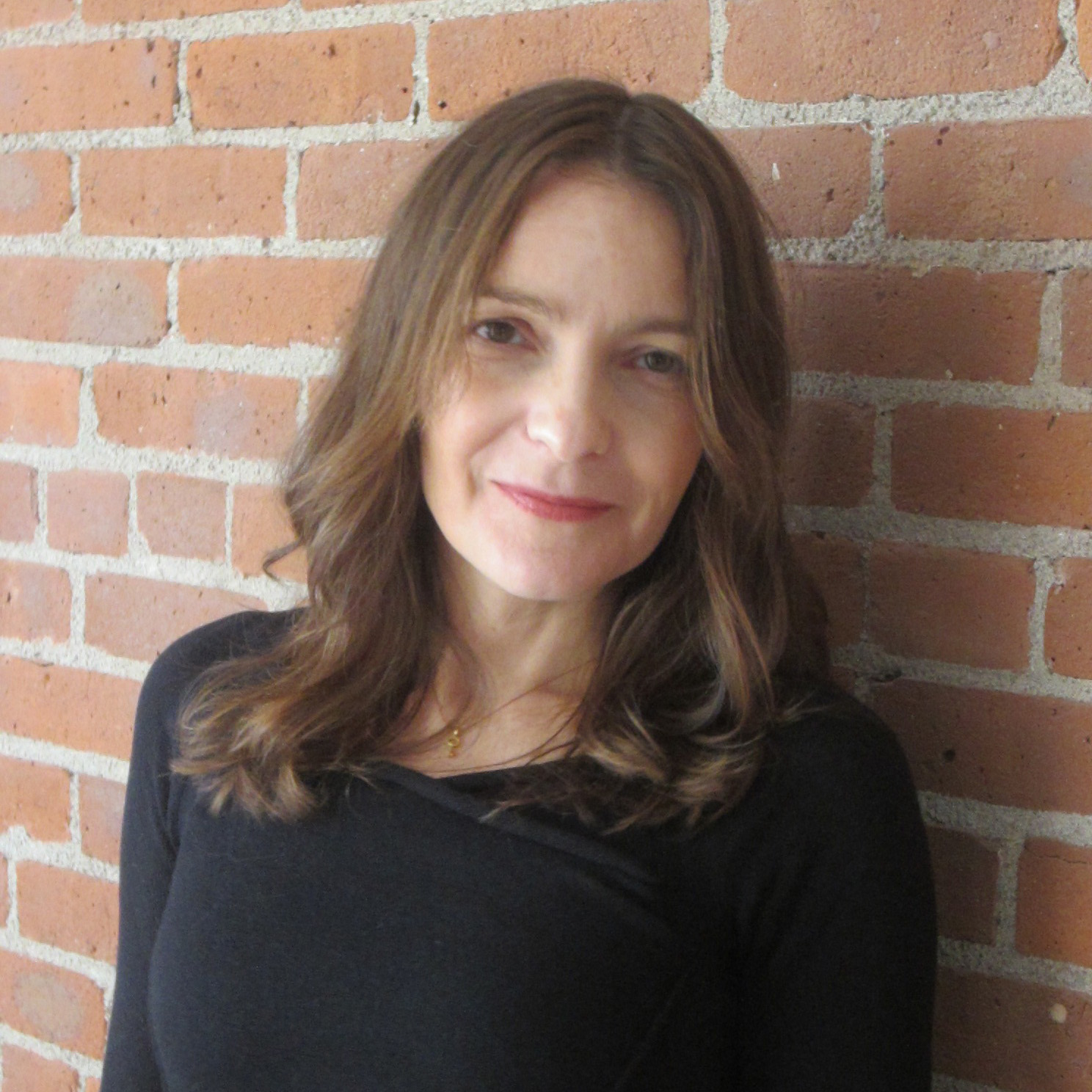 Topic: "Designing Like a Human in the Age of Algorithms" 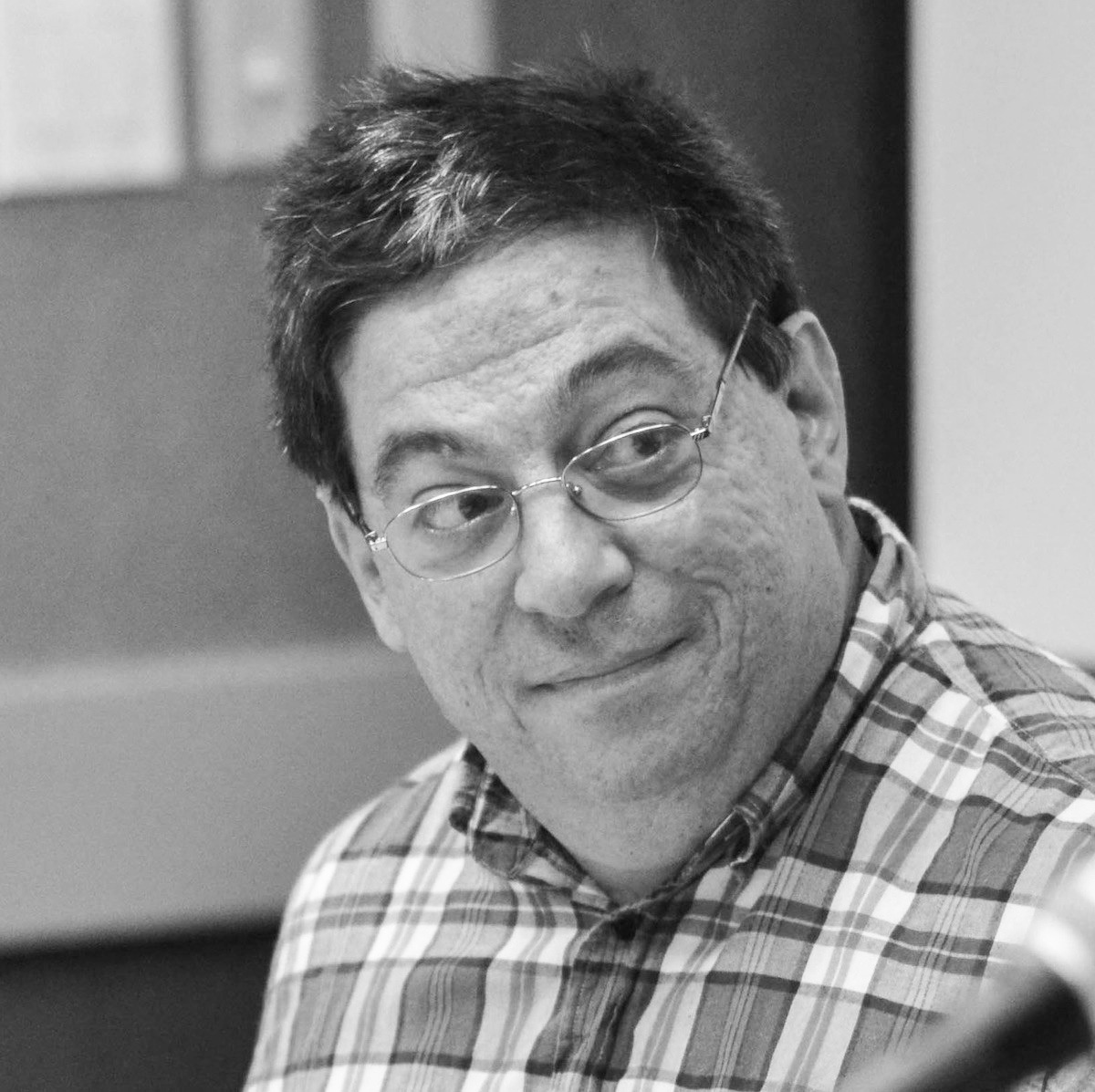 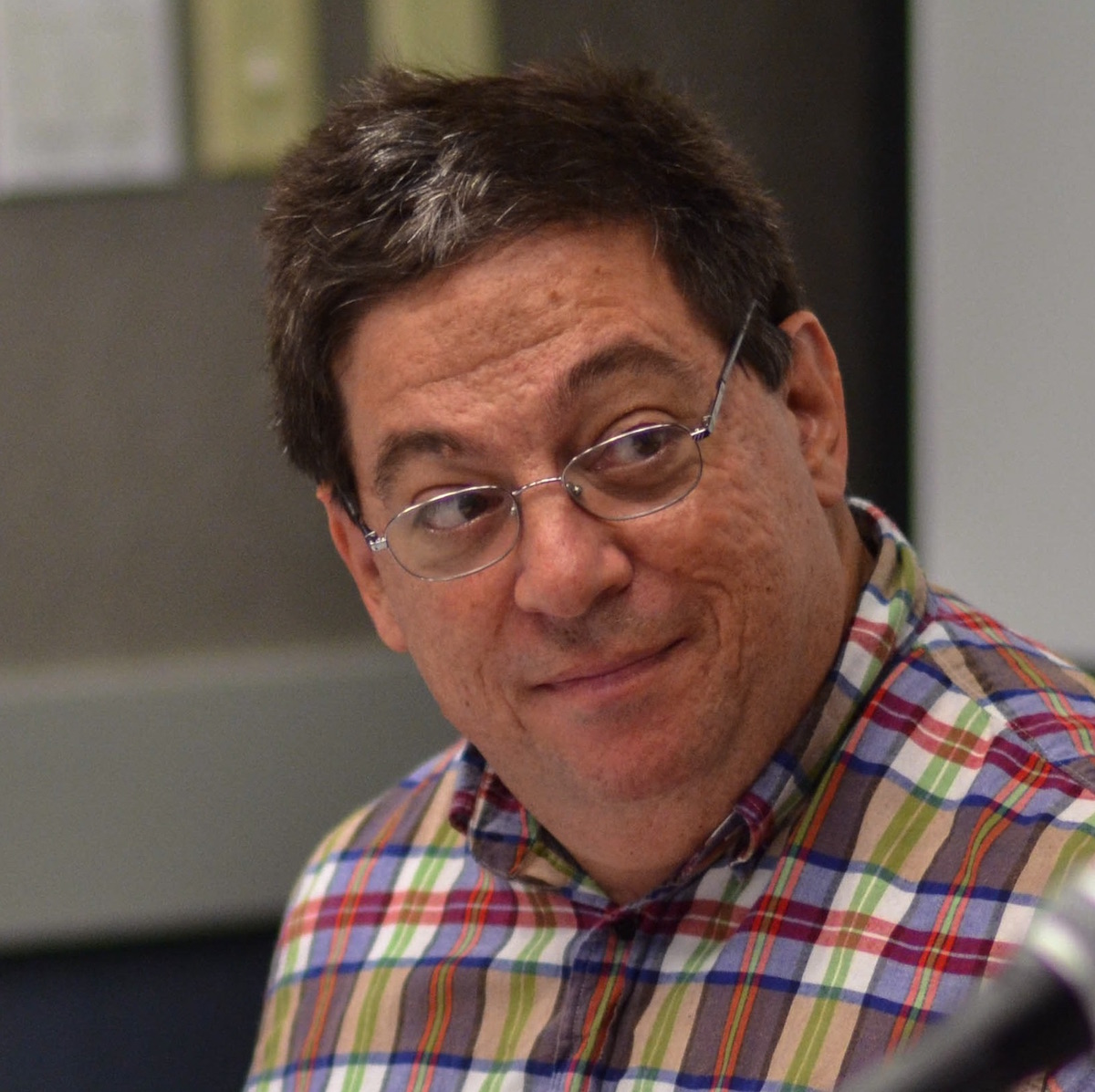 Daniel presents iPhone, Cocoa, and Swift training and consults through his company Dim Sum Thinking. He is the author of the best selling book A Swift Kickstart and has written apps for the iPhone and the iPad since the SDKs first appeared and has written programs for the Mac all the way back to System 7. Daniel is the co-host of the Tiny Challenges Podcast. 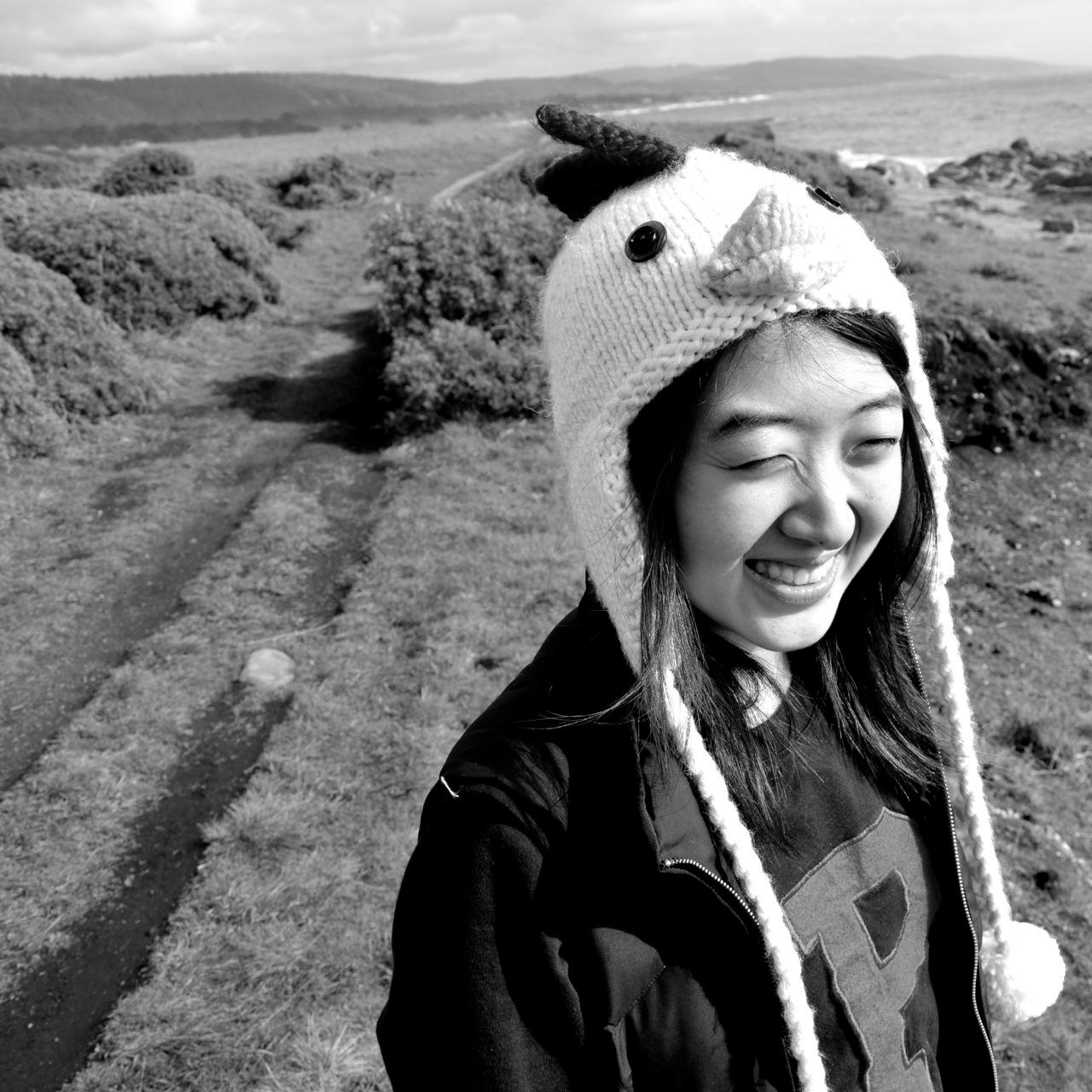 Ayaka has been doing iOS development since iOS 4 and loves writing Swift while listening to Taylor Swift. In the past, she’s given talks on NLP in Swift, Swift Scripting, and rewriting the Venmo app in Swift. If you can’t tell, she’s a huge fan of Swift, and mostly recently has been writing at Learn Swift ↯ so everyone can see how amazingly powerful Swift can be. 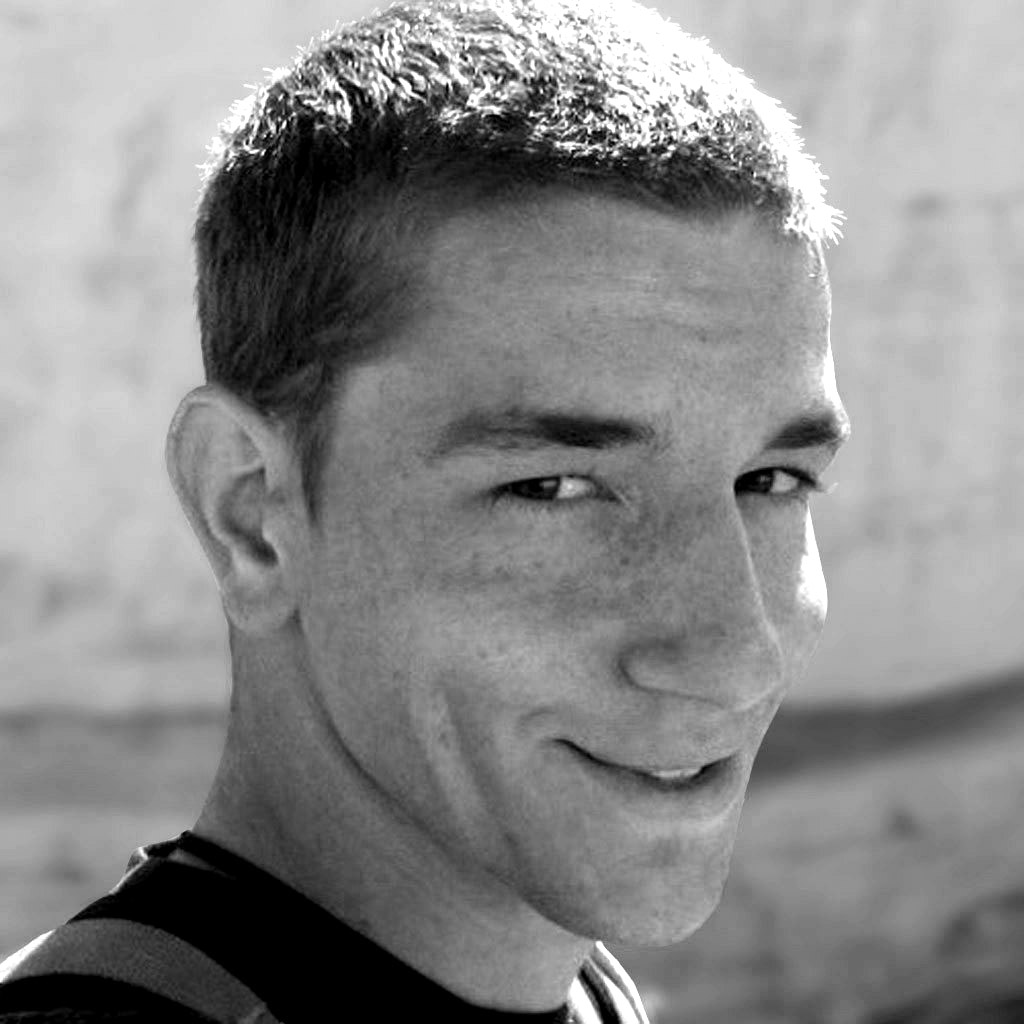 "Carving out a Space in the Continuum of App Store Success" 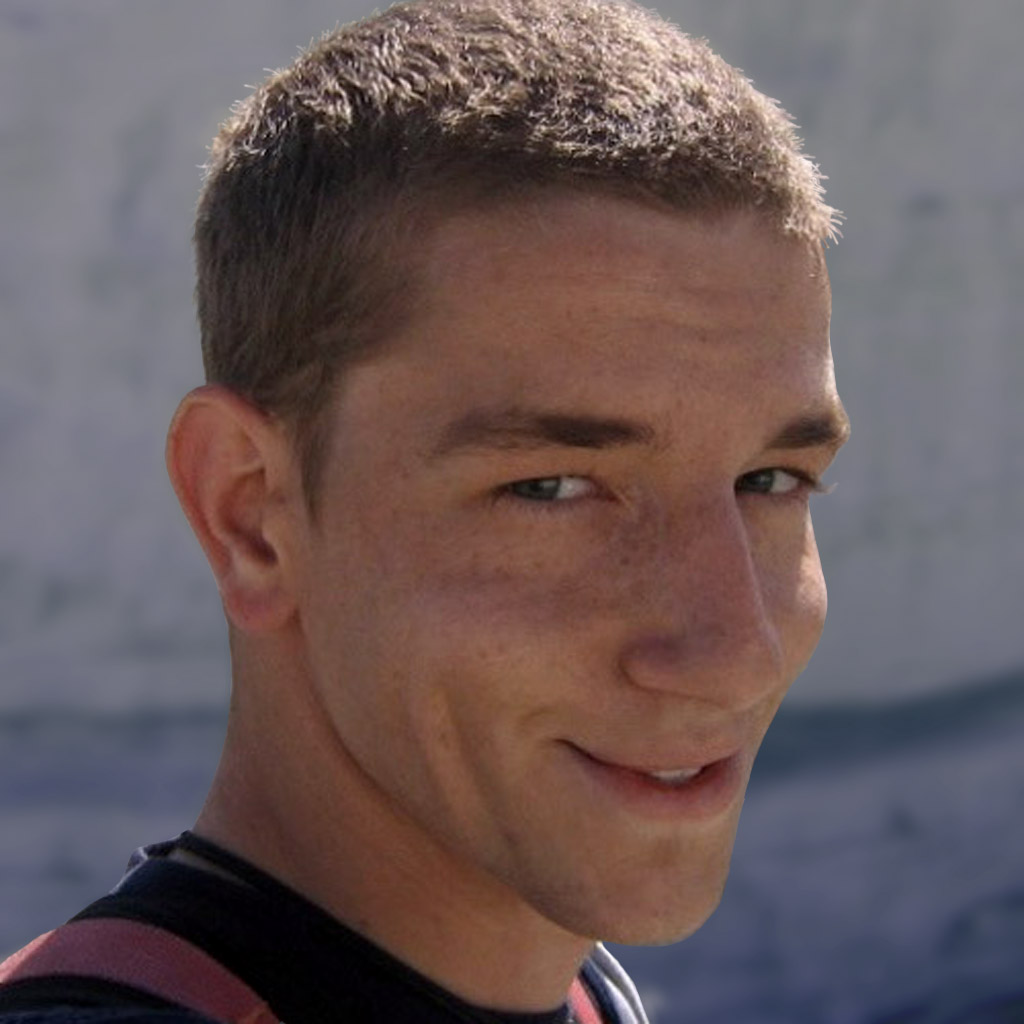 Jon is a watchmaker and the developer behind iOS apps, Kello and Twixt Time, for analyzing the accuracy of analog timepieces. He endeavors to solve complex problems in elegant ways, leveraging technologies like digital signal processing and computer vision. When he’s not pushing pixels, crafting code, or taming time, Jon enjoys adventuring with his wife and son from their home base in Canada’s charming Capital.

Topic: "Carving out a Space in the Continuum of App Store Success" 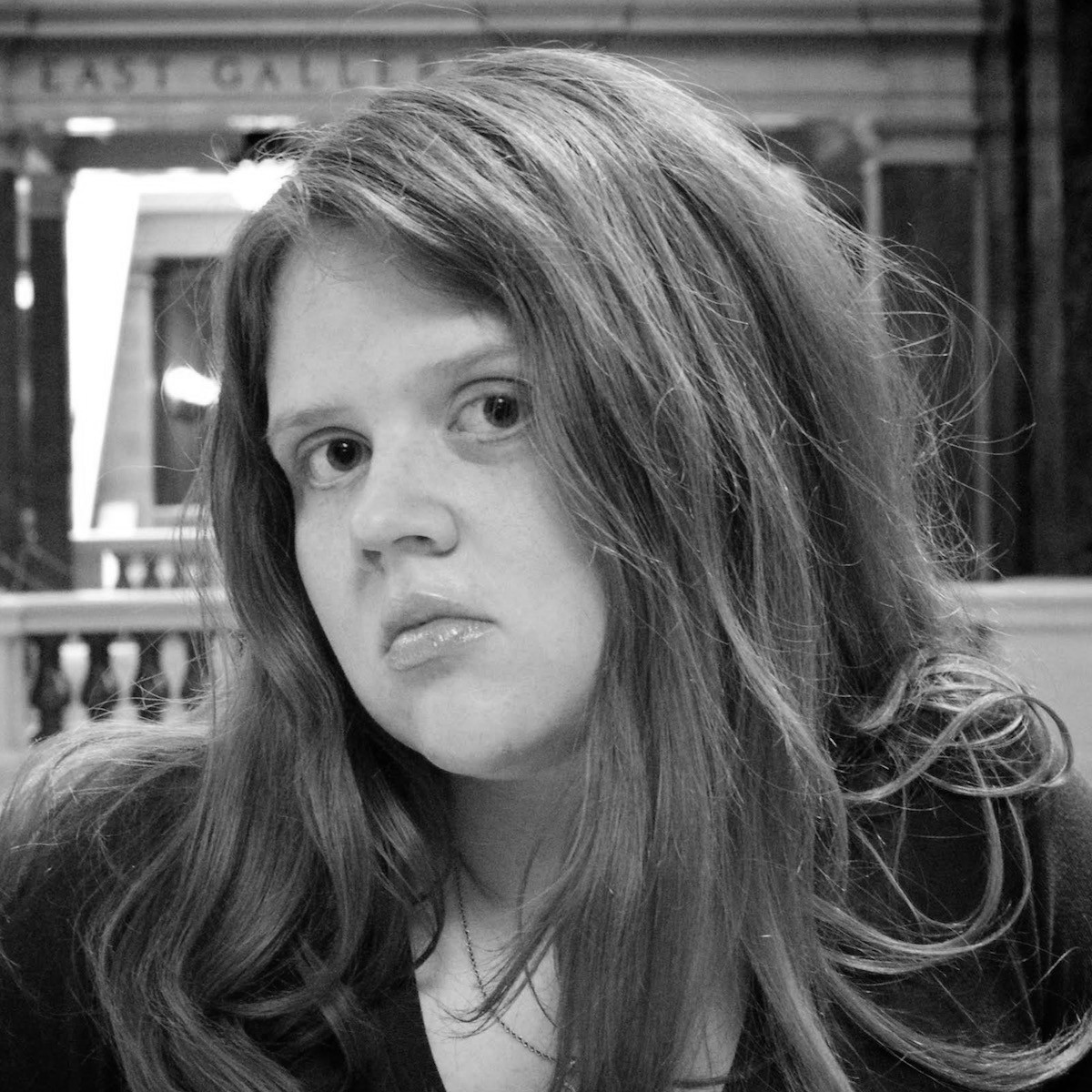 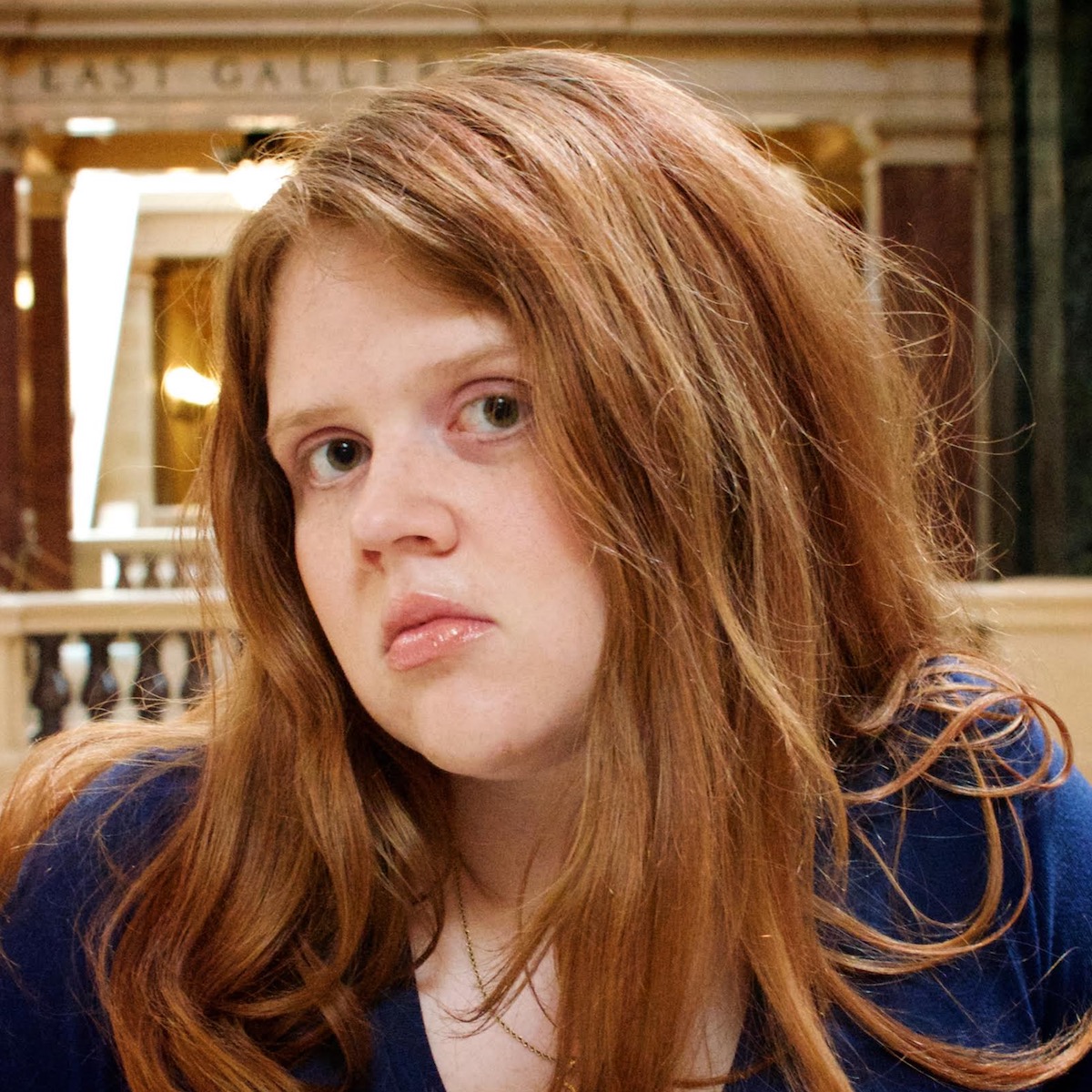 Janie Clayton is a freelance software engineer and a recovering journalism major. She is the coauthor of “The Swift Apprentice” and “iOS 8 SDK Development.” In her rapidly decreasing free time she runs the Swift Tutorial Team for RayWenderlich.com and cohosts NSBrief. Janie lives in Madison, WI with her grumble of pugs. 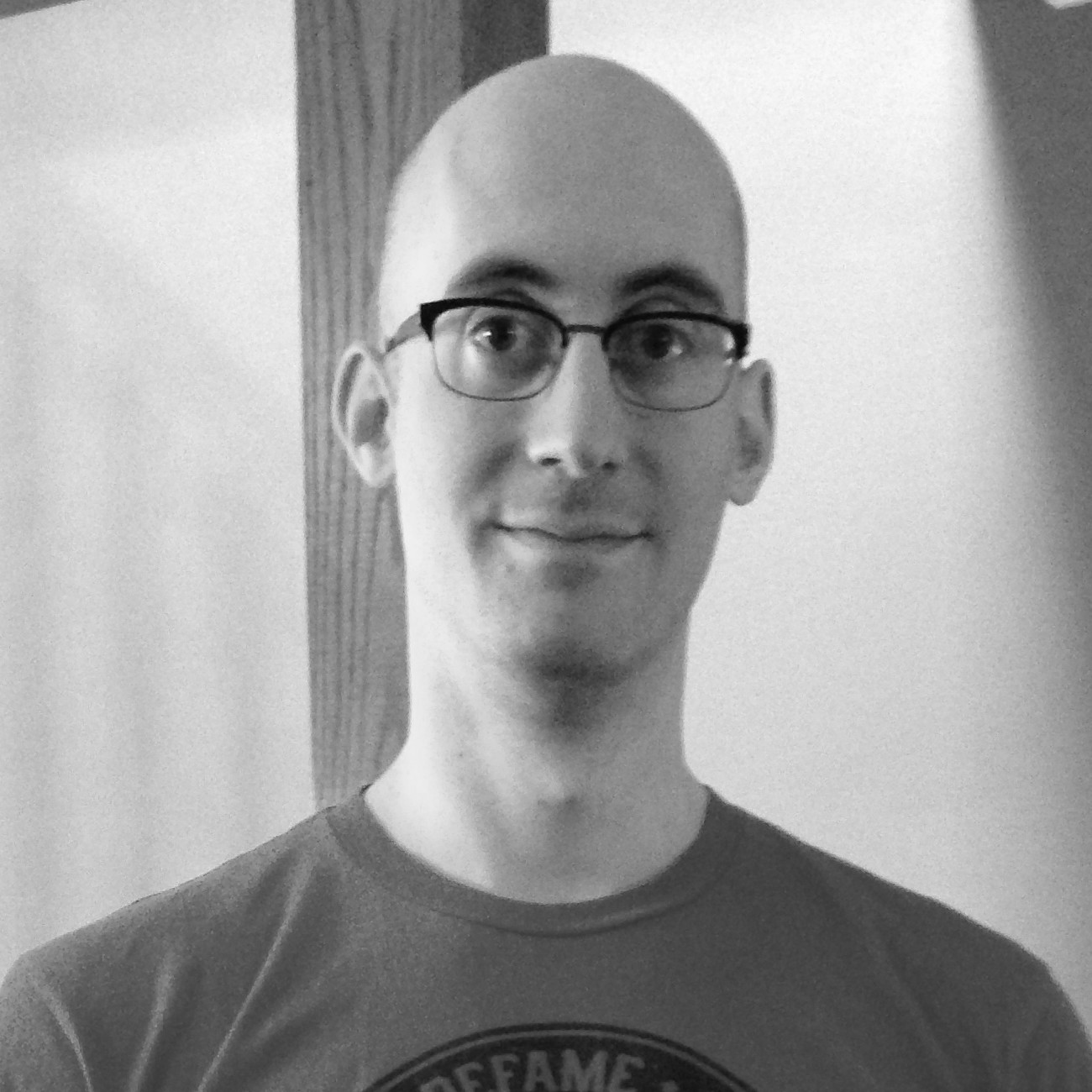 With over 10 years of experience in developing software and games, Rob is a co-founder of Get Set Games (

getsetgames.com), whose smash hits Mega Jump, Mega Jump 2, Mega Run, Monsters Inc. Run (in partnership with Disney/Pixar) and Storm Casters have topped the charts with a combined total of 70 million downloads over the iOS and Android platforms. Most recently Get Set Games is working on an unannounced title with Adult Swim to be launched mid-2016. He is a co-founder of the Toronto Video Game Jam, one of the largest and longest running game development jams in the world.
Links 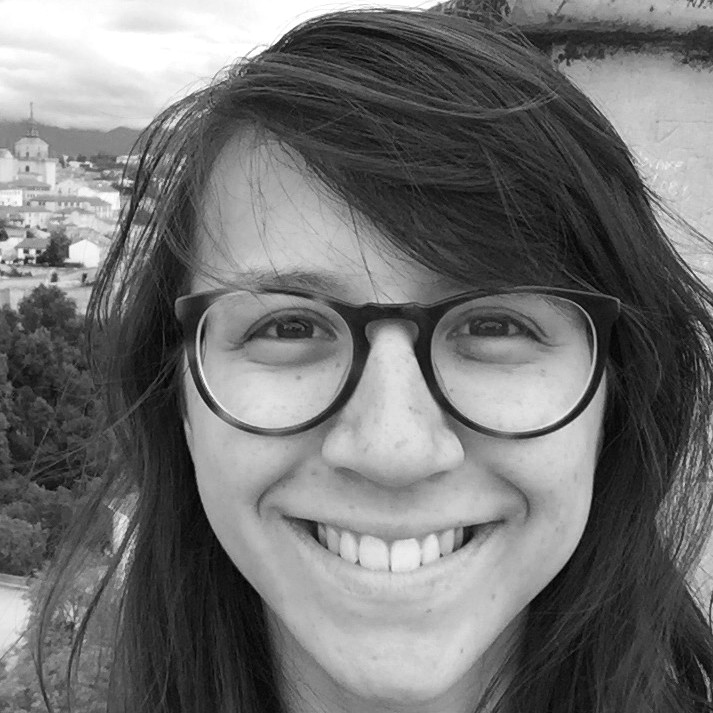 "Keep Calm and Type Erase On" 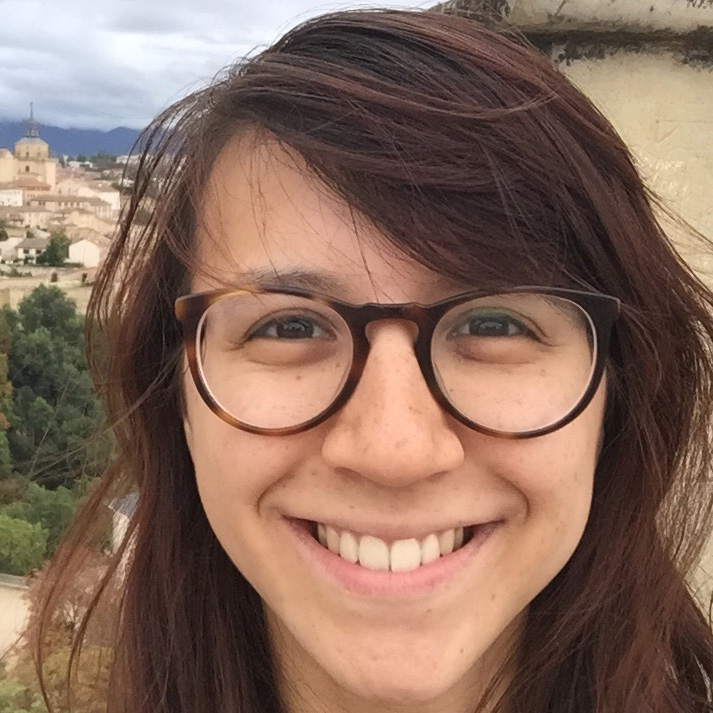 Gwendolyn is an indie developer who aspires to create the perfect suite of productivity apps. She is also a trainer who enjoys breaking down intimidating topics into bite-sized, edible pieces. Outside of code, she likes rock-climbing, singing, and the colour purple. 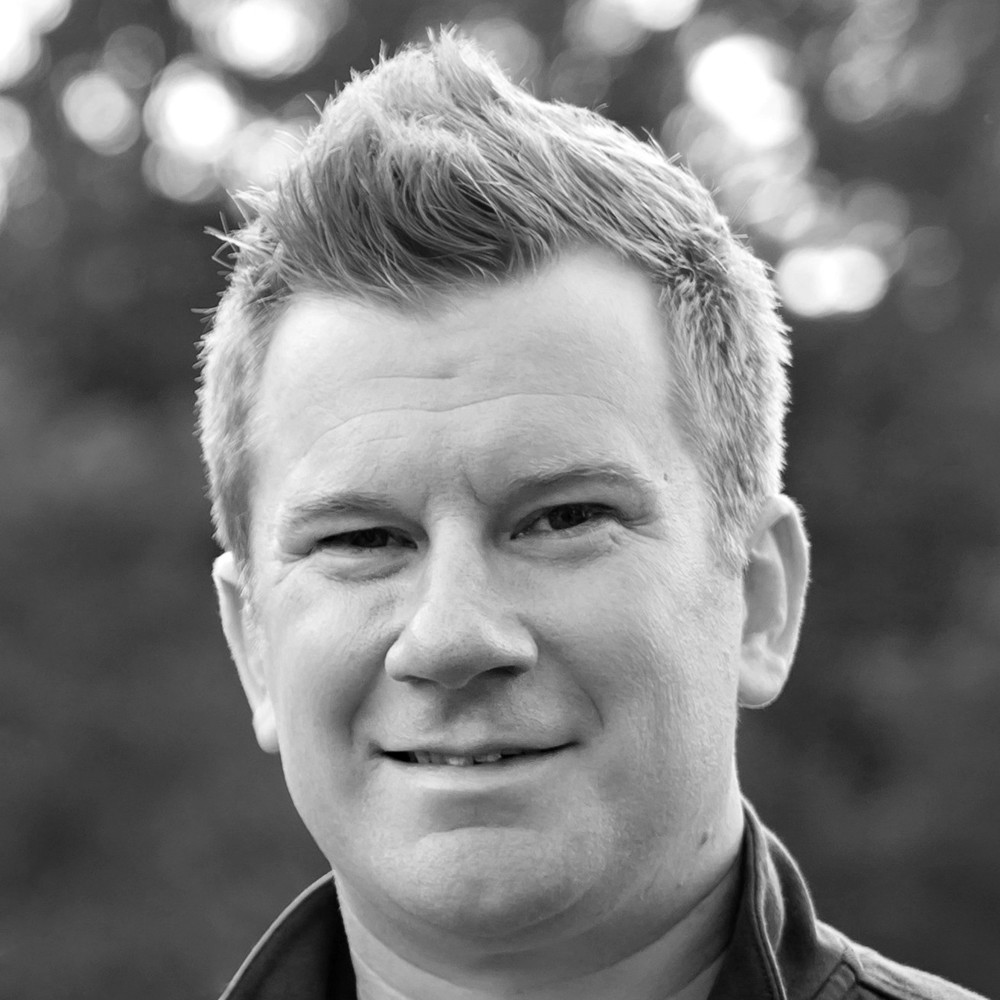 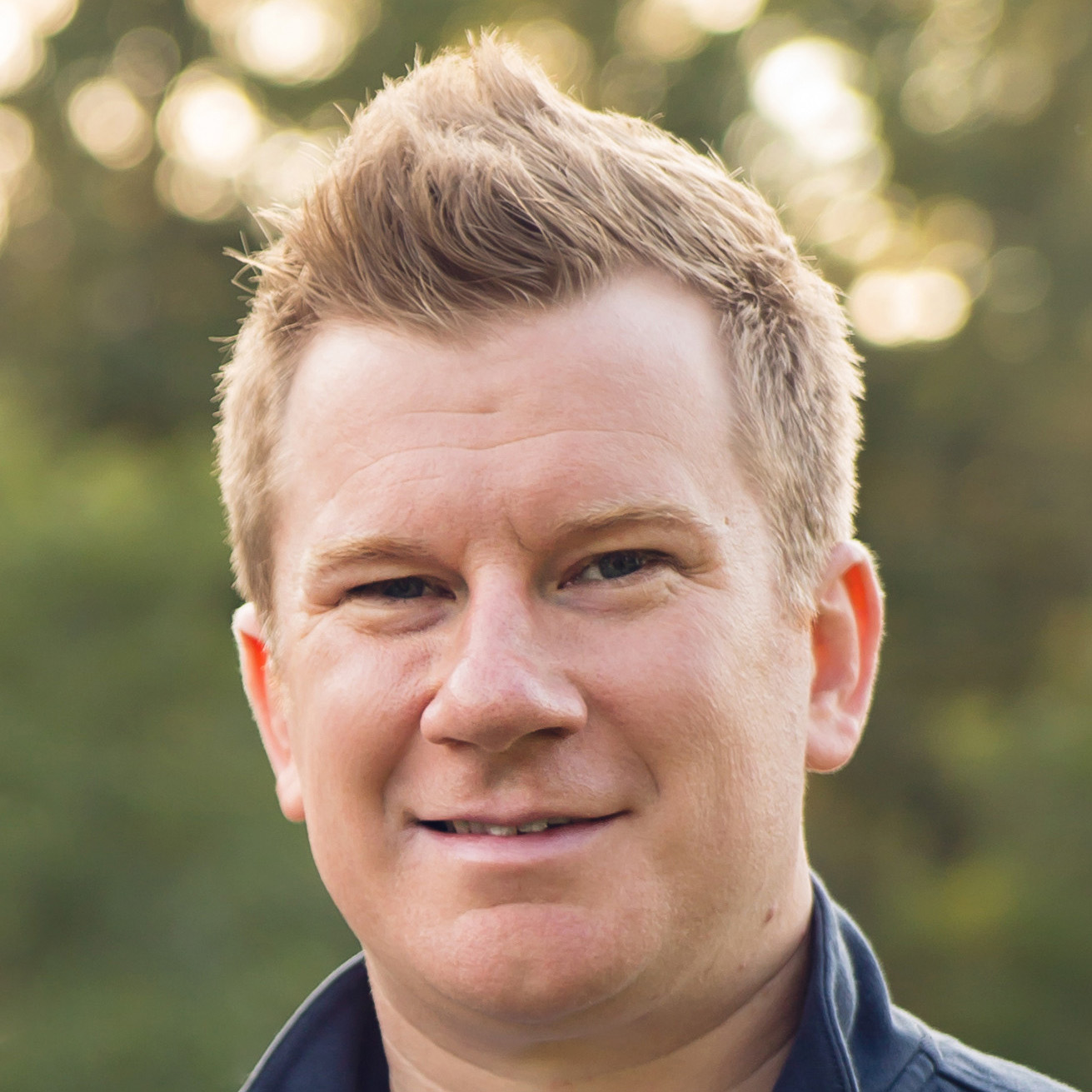 Jonathan is one of the owners of PSPDFKit, an industry leading mobile PDF framework available on iOS and Android. He is mainly responsible for running the business side of things at PSPDFKit and has overseen the company’s growth from a 3 person team to a 20+ person company. He can be caught wearing the business developer, product planning, marketing, lawyer, and accounting hats all at various times throughout the day. Most of the time he’s just the hopeless advocate for the user.

Prior to joining PSPDFKit, Jonathan practiced at a well respected law firm in the US, carving out a niche practice guiding a number of large and small software companies in the mobile software industry through the proverbial jungle of their business and legal needs. 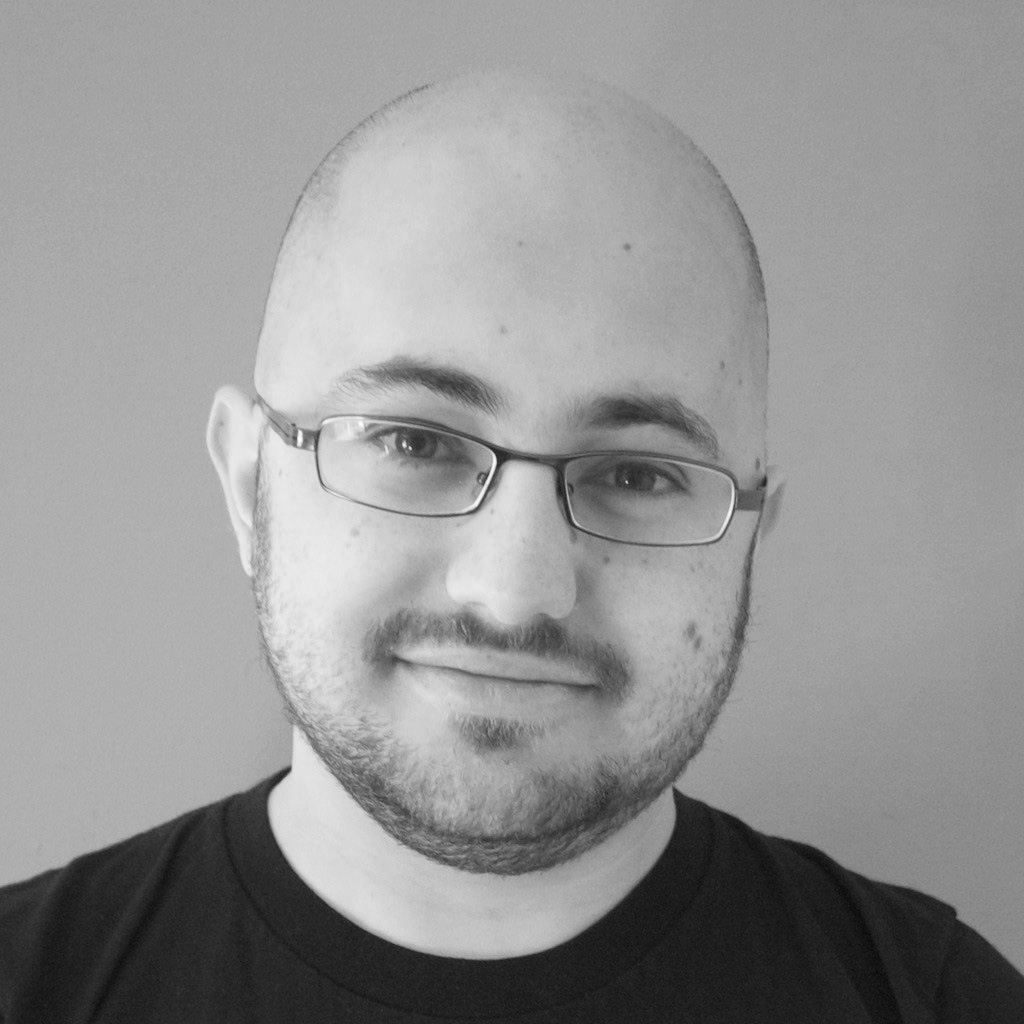 
"The Value of Platform Tourism" 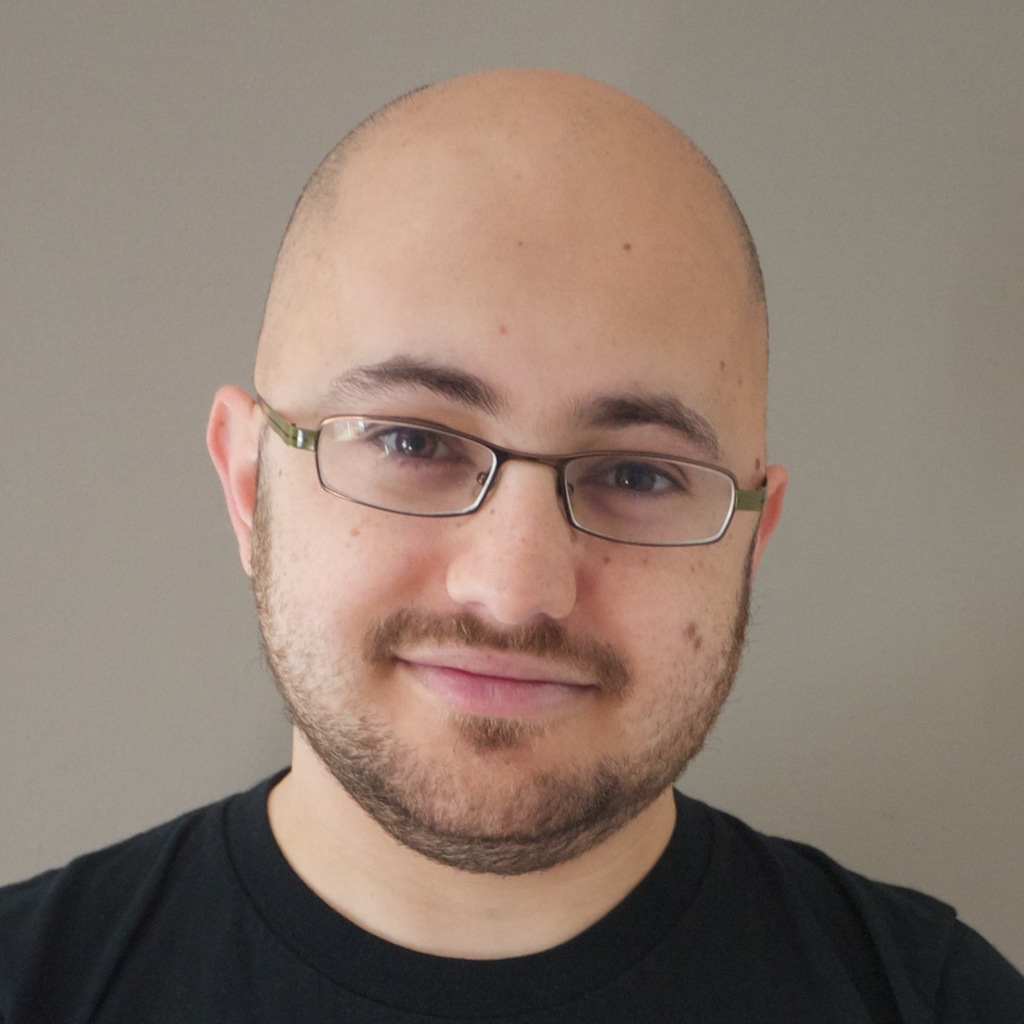 Michael Gorbach is an engineer, technologist, and speaker. He’s shipped apps across multiple languages, stacks, and platforms. His path through Apple, Black Pixel, and most recently Raizlabs, has given him the chance to work with some incredible talent in many different roles. He enjoys polishing software and getting overexcited about code. In his spare time, he can be found searching for something delicious to eat.

Topic: "The Value of Platform Tourism"

NSNorth is an independent event and has not been authorized, sponsored, or otherwise approved by Apple Inc.